This therapeutic tool, also known as a divination system or method for meditation and self-knowledge, will reveal hidden fears and desires. 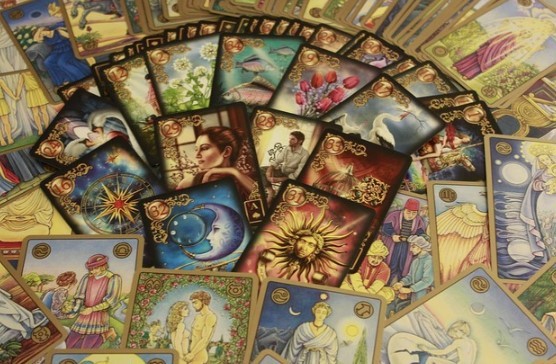 It is believed that in its origins the Tarot was a board game, a deck of cards to play. Apparently, although there are no certainties, it emerged in the 13th or 14th century. The deck is composed of 78 cards: the Major Arcana (22 cards) and the Minor Arcana (56 cards divided into 4 suits: Golds, Clubs, Cups and Swords, each suit symbolizing an element: Air, Fire, Earth and Water).

What are the arcana? The word "arcanum" comes from the Latin arcanum, which means "mystery" or "secret". So these "secret" representations can reveal certain information (present-past and future). Information that can be interpreted in different ways (by whoever "reads the cards").

There were different stories and suppositions about the origins of these cards: many of them were lost. Some decks were found incomplete. The revived and modified rules of the game made tracing the origin of these decks complex.

There is a universal definition of the decks and it is attributed to Visconti Sforza. It is said that they were produced on gold sheets, on which each character and figure was drawn and painted. That is to say that in principle they were made one by one in a handmade way until the arrival of the printing press. 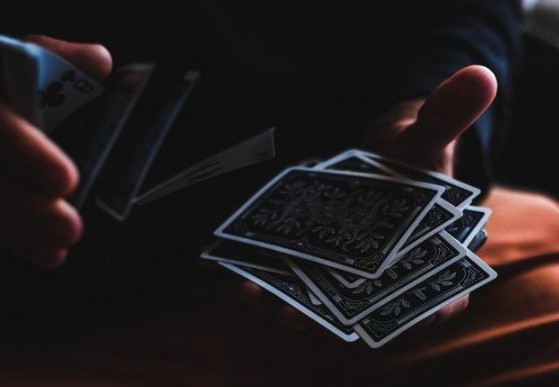 For Carl Gustav Jung, the symbolism of the Tarot, and in particular that of the Major Arcana, can be of great help as a tool in psychoanalysis. According to his theory of archetypes, the Tarot would be a method for unveiling the unconscious and arriving at individualization and the development of the "Self" (of oneself).

According to this author, interpreting what each spread has to tell us is an attempt to know ourselves; in this introspection it is intended that the diagnosis and the cure are propitiated by our own hand and not waiting for a phrase or word to be the definitive remedy.

The most commonly used cards are the Marselles tarot, which is the most famous, or the Rider Waite tarot, which is a more contemporary deck. The difference between the two decks is aesthetic, mainly with regard to the Minor Arcana. In the Rider-Waiter decks, there are scenes specifically represented, and in the Tarot de Marseille, on the other hand, we will only see the different suits of the decks and the interpretation will be based on numerology, colors and small details of the cards. 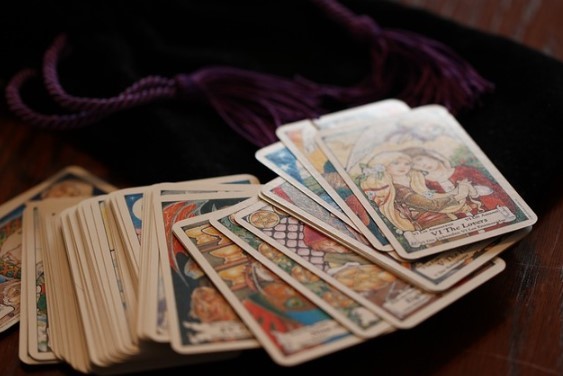 The language of tarot is very personal. Each one will take the path that he or she sees fit to approach and learn it. It is a very particular language and the important thing is to approach the word from the symbolic and not from the intellectual.

The cards can be interpreted card by card or in dialogue with the others. The order of the arcana is not casual (those 21 arcana plus "The Fool"). One way is to place the cards in three rows of seven cards and it is proposed to see them as if they were spirit, soul and body. That is to say in the first row: The Magician, The Priestess, The Empress, The Emperor, The Pope, The Lovers and The Chariot. In the second row: Justice, The Hermit, The Wheel of Fortune, Strength, The Hanged Man, Death and Temperance. And the last row: The Devil, The Tower, The Star, The Moon, The Sun, The Judgment and The World.

It is considered that the first group of cards, between 1 and 7, are associated with the human personality, the concrete experiences of life; from 8 to 14, they are related to the soul or the virtues that we have to acquire and from 15 to 21 with the spirit, the cosmic forces and laws with which we relate.

Three cards (past, present, and future) can be cast, or you can consult for yes or no, casting only one card. There are many variables. The objective of a Tarot reading is the awareness on the part of the querent of the why of the situations and how to improve them. 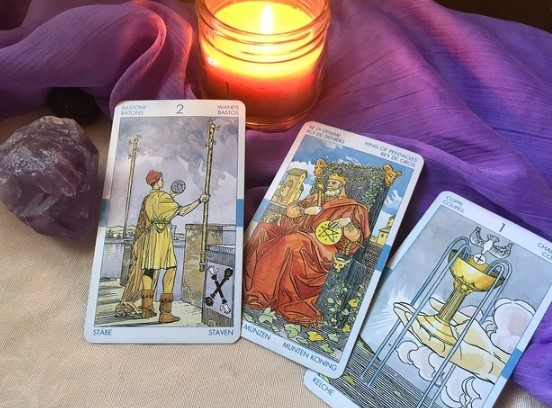 So perhaps the most interesting thing is not to predict the future but to understand the present. From this point of view, the cards will not tell us if we will find a partner in the future, but they could help us to visualize why we are not finding a partner in the present. What we can do best is to think very well about the questions to receive deep and accurate answers. Would you dare to know this information through the Tarot?

Tarot And Love: What Do The Arcana Say About Your Heart?

Do You Want To Get A Tarot Reading? It's The Right Time!