What Will The Stars Bring For Each Sign In December?

What will the stars bring for each sign in DECEMBER?

December is a month with much movement, closures, farewells, and new beginnings. The Astros, of course, have a lot to do with this and can help us understand a little more all that energy of the universe around us. Do you dare to know more?

As we said, December is movement and the Stars do not standstill. On December 2nd, Jupiter is entering Capricorn leaving Sagittarius behind, quite shocked during the year of his accompaniment. On the 21st the Sun rises from Sagittarius to enter Capricorn, it will bring us organization and hard work, increase practicality and lower Sagittarian emotions a bit. But ... let's see what the stars hold in December for each sign, Find yours! 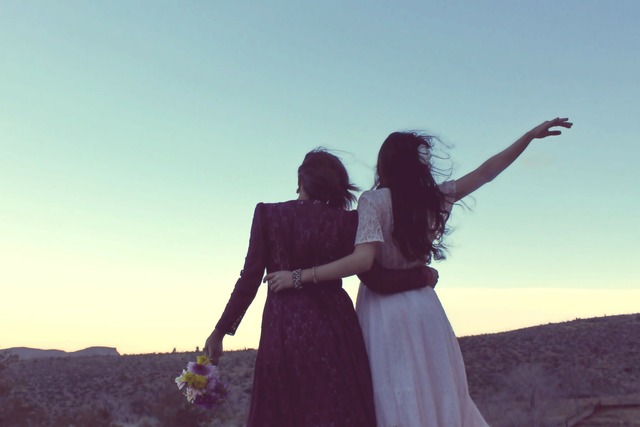 1. What will December bring for FIRE signs?

Aries: Mercury is willing to give Aries good news regarding travel and shopping in the second fortnight, so those who have it in their plans, is the right time. Uranus, who went to Taurus this year, continues to provide opportunities and allows them to lift their spirits towards new dreams. From the 20th starts a very positive affective cycle. We know that Saturn affected them this year economically but the good streaks will continue to balance. There is harmony in the stars that contributes to balance the scale. Take advantage of a run from December 9th to the 22nd. Build-in positive that the sky harmonizes. You have the dream, you can do it!

Leo: Leo with its regent the Sun still very well energetically. It is one of the signs that ends the year standing very well. Jupiter continues to support him until the 16th from Sagittarius. Venus remains harmonious until the 21st that enters in opposition. Be cautious and learn not to be so impatient and impulsive to avoid disagreements. Loose lips sink ships. The effort pays off economically, pending issues are resolved in favor. Mercury from Sagittarius favors, and work yields. Do not waste. On the 16th the Moon in Leo renews; On the 30th the adverse Moon bothers a little, just be prudence and wait. Fulfill your aspirations, persevere in getting the life you want.

Sagittarius: He continues to be the optimist of the zodiac but already denotes some fatigue. You must replenish energy and rest. Mercury runs the sign between December 9th and 28th, take advantage of its momentum to fulfill delayed plans. Until the 21st of December the Sun travels it, they renew energy and show its brightness. Sentimental news after 20th. Great harmony from the 10th to 28th, work improvements, talent is demonstrated and ability is recognized. On the 7th there is an adverse square, stay tuned. The 22nd very in favor of relationships. Renew, re-invent, replenish energy, you have everything in favor. 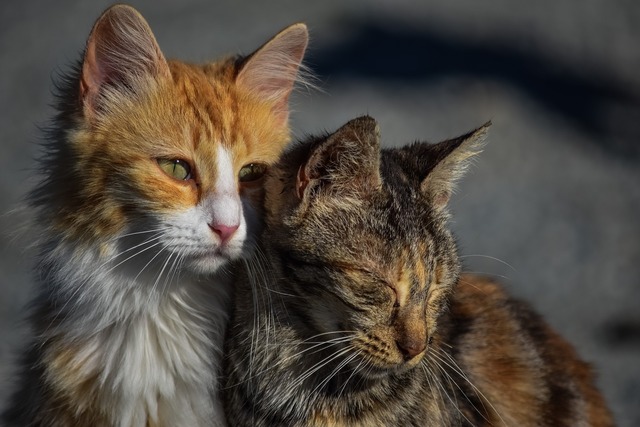 2. What will December bring for the EARTH signs?

Taurus: Love life is favored until the 19th; after the 20th there may be some surprise that needs attention and patience. From the 29th there is an economic rebound, which will solve some difficulties that worry, until that moment they must be cautious with the expenses. Do not get impatient if things do not happen as fast as you would like, the important thing is to reach the goal, not how quickly you do it. The 5th the Moon favorable boosts rest and renewal. Jupiter helps prosperity and on the 18th the Moon in Virgo accompanies it too. The 25th may arise short trips. Mars slightly complicates the end of the year, only if they are not cautious. They know how to organize themselves, close the cycles well!

Virgo: Jupiter enters Capricorn on the 2nd and from there will finally bring economic, legal benefits. Also, return to the most optimistic and calm natives of Virgo. Venus in Capricorn until the 20th, favors the couple, friends and family. Until the 8th, take advantage of the economic benefits. Later Mercury can cause some difficulty or loss of something valuable, it is not to worry but to be careful. ON The 4th you have the Moon in Pisces, it is not favorable, do not stand out, it is better to retract and wait. Be careful, you are your worst enemy, lower the demand. The 29th Mercury will be in Capricorn, returns the order and stability that they appreciate so much. Enjoy and peace.

Capricorn: If you learned not to be so demanding of yourself and others and a little more diplomatic, the goals you will reach in December would be more enjoyed. Saturn helps you get what you want, from December to February it will be working for you. On the 26th there is a conflicting moon, just be cautious. Until the 19th Venus is available for those born in this sign, change your life and build your well-being. Until the 8th, Venus, Mercury, and Mars are on their side, economic benefits. As of the 29th, Mercury, Jupiter and the Sun also benefit the material. The 31st good decisions. 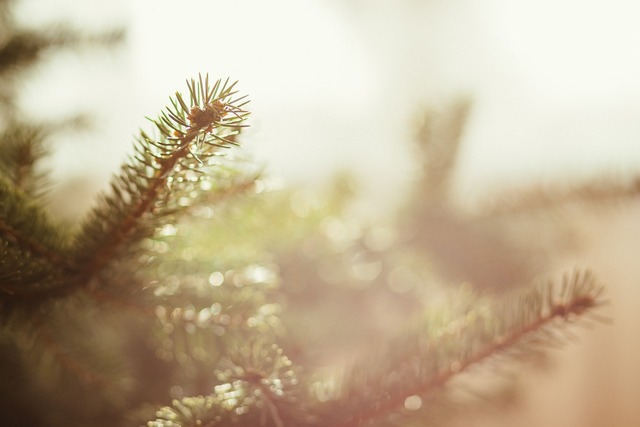 3. What will December bring for AIR signs?

Gemini: They have different styles, shyer, more thrown, but Gemini addresses the relationships with the tranquility of those who know capable in the subject. From the 20th his words hit the mark, a relationship is glimpsed. The seventh House that represents the bond of the couple, the partner, the counterpart; It plays a preponderant role. While there may be complications, no road is completely flat. Beware of easy economic gain, or crazy projects in December. Be cautious and everything will be fine. On the 26th, 30th and 31st new meetings, accept good relationships, which will be the basis of your new year.

Libra: They are greatly influenced by the Eleventh House, which is expressed on a group level, of human relations; the ideals and dreams, the vocation and the desire to help. Harmonic Jupiter from Sagittarius until the 16th, with its enormous positive energy, but from the 18th enters an adverse sign and we must be cautious. Saturn can also affect the material, but everything is neutralized with inner harmony and prudence. Do not bet on risky projects. From the 20th Mars and Venus favor the life of a couple, and from the 9th to 28th it is a good time to make changes that have been planned. The 31st new impulse, end December with the best energy.

Aquarius: People of this sign continually reinvent themselves, flow, do not stand still, are not formal and are attracted to adventures. Sometimes they disorient, but they are kind and apologize for their velleities. This year is associated with the Three House, which represents the changes, the transformations, the desire to know and travel. Since the 20th the life of a couple is on track, Aquarius shines. Between the 9th and the 21st, there will be changes in your work management, someone comes to bring benefits. On 23rd there are positive changes with old situations. The 27th Venus in Aquarius with all that implies; balance, unions, adventures. 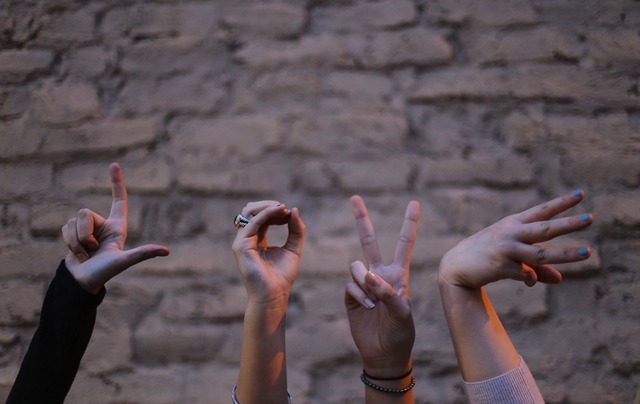 4. What will December bring for the signs of WATER?

Cancer: Their good heart protects them, Venus in opposition until the 20th generates emotional ups and downs that must be taken care of so as not to have a conflict arising out of insignificant matters. Good predisposition and show affection limit all roughness. On the 28th there is an adverse Moon, they should only be cautious. Until the 9th very good labor and economic stage, some benefactor may appear. On the 13th the Moon brings joys and serenity. The 17th plays in favor. The 26th keep calm. The 31st allows a very good closing of the year.

Scorpio: This astral year, which ends in March 2020, will be attached to the Twelve House. This House favors the creativity of the Scorpio, is a house that closes cycles, is related to the interiority, the path, the transcendent, the deep, the seclusion, and the going towards the unfathomable. It is a year of growth. Jupiter will be from the 17th until the end of the astral year, relieving tensions and promoting prosperity. Mercury is present until December 8th in the sign, opening roads and solving material issues. Until the19th, Venus from Capricorn stimulates romance. The 13th is a harmonic date, good for balancing pending aspects. The 31st plan, dream, the Moon is on your side.

Pisces: Neptune, its ruler, continues to positively influence this sensitive, generous and sometimes a little melancholic water sign. This year 2019-2020 is important for Pisces, which will take a leap in its position in the world. He feels safer, has gone through initial difficulties, and will end the year with a new, highly favorable pace. Until the 19th the relationship Venus, Neptune and Saturn base important emotional relationships. Until the 8th prosperity in business, business dealings, and good conflict resolution. The 14th love novelties, the 18th economic news, the 29th positive changes.

July's Penumbral Eclipse: How Does It Affect Us?

Ayurveda, A Way Of Life